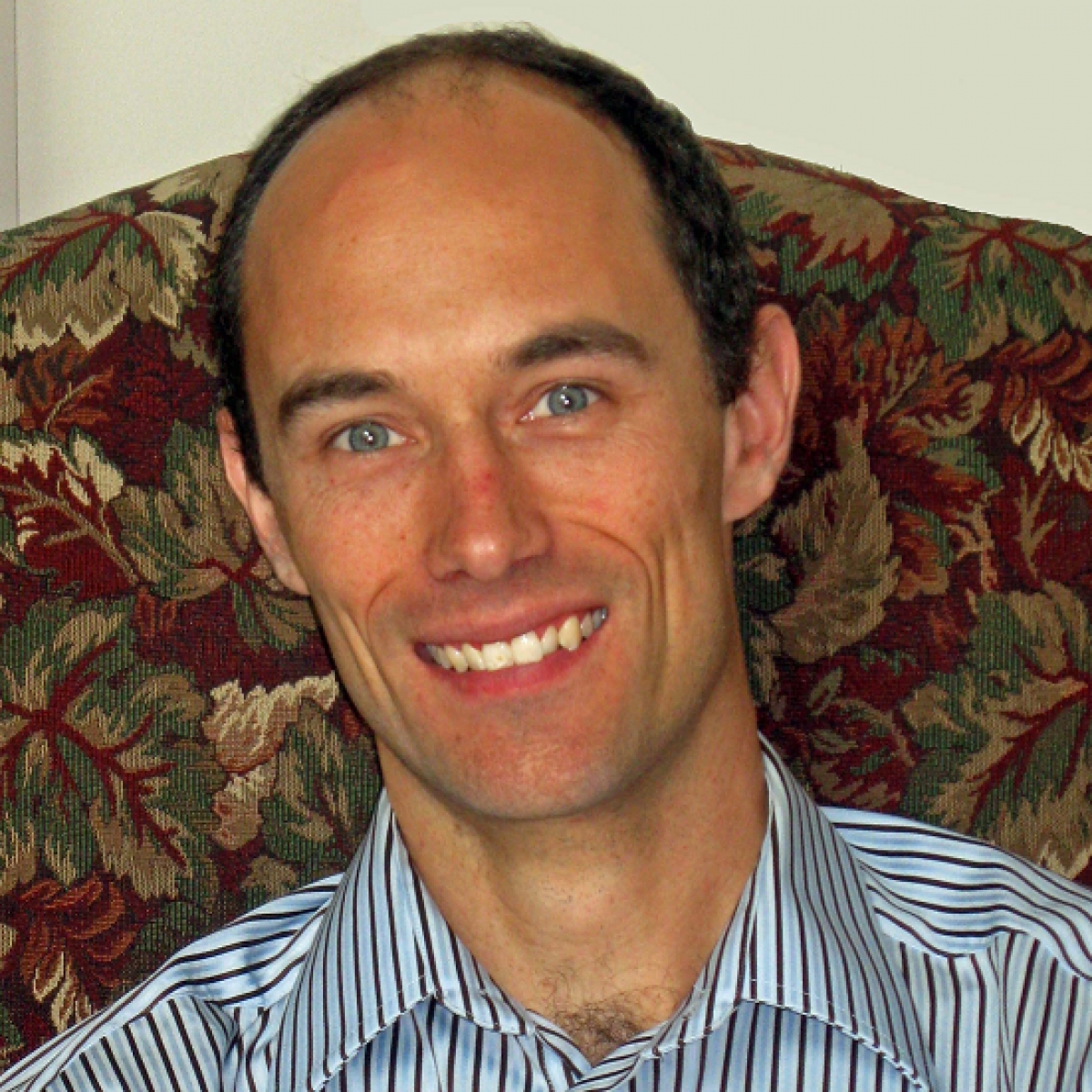 On March 6, the KLI hosted a virtual meeting to pre-launch a new working group: Evolutionary Theories for Social-Ecological Change. We talked to co-organizer Tim Waring to learn more about social-ecological systems, what it has to do with evolutionary theorizing, and what to expect from bringing these two fields together.

1) What is the inspiration and motivation behind this working group? How did the three of you come together to carry out this program at the KLI?

The fundamental motivation for our working group is the need to do better, much better, at balancing human needs and the preservation of our biosphere. To do this, we need to solve the challenges of environmental sustainability better and faster, we need better scientific approaches for understanding complex social-ecological systems and how they change, and for that we need better theory. I am inspired by the way that evolutionary theory unites the study of all living things, providing a language to understand the unfolding of life in any and all contexts. In this working group we plan to develop and hone evolutionary theories to improve the way we study social-ecological systems, and therefore to help us preserve and improve them more effectively.

I’ve wanted to work with the KLI since I discovered it during graduate school. It appears to me to be a special place that truly catalyzes good evolutionary theory and science. About two years ago my friend Paul Smaldino, a cognitive science and complexity theorist at UC Merced, told me about meeting the new KLI director Guido Caniglia, a friendly and brilliant person with one PhD in biology and another in philosophy. Paul told me that Guido was interested in developing the KLI to focus on “theory that matters” including a focus on sustainability. I reached out the Guido to talk about the idea, and that’s when things really took off. I visited the KLI last spring to develop a plan. We decided to invite Maja Schlüter, a leading social-ecological systems researcher at the Stockholm Resilience Center to help lead the working group. I’ve always admired the clarity and precision of Maja’s work, and was excited when she agreed to help me lead this project. Maja, Guido and I then refined the plan for the working group over the summer, and it all became official in the fall of 2019.

First, the social-ecological system (SES) approach is useful in it’s own right, outside of connections to evolutionary theory. A social-ecological system is a useful way to describe what we seek to study as sustainability scientists which sidesteps many of the problems with disciplinary approaches. A SES includes social components (S), ecological components (E), and the interactions and feedbacks between them. This conceptualization is useful to researchers because it requires us to be explicit about the nature of the relevant social-to-ecological and ecological-to-social forces and interactions. This focus is not always included in disciplinary approaches to sustainability in which S->E or E->S interactions are often ignored.

SES theory is also well suited to interfacing with evolutionary theory because it draws on complexity science. Many SES researchers conceptualize SESs as a type of complex adaptive system. Complex adaptive systems are systems composed of populations of interacting heterogeneous agents each of whom may respond and adapt to their environment, creating emergent population-level phenomena as a result. Understanding the feedbacks between emergent population outcomes and individual actions and characteristics is a common challenge for both evolution and SES research. This focus provides a natural overlap with evolutionary theory, which is the oldest and most developed science of emergent complexity.

3) How is the working group structured and who are the main participants?

We designed the working group to include researchers with expertise in evolutionary theory, social-ecological systems theory, and scholars who have connected the two domains in their work.

We have global-level experts in evolutionary theory and SES theory. For example, Dr. Carl Folke is a global leader in sustainability, the Science Director of the Stockholm Resilience Centre at Stockholm University and the Director of the Beijer Institute of Ecological Economics the Royal Swedish Academy of Sciences. His work on sustainability and resilience in social-ecological systems has helped to define the field. Similarly, Maja Schlüter, also of Stockholm University, is a leading SES theorist and researcher, and has used co-evolutionary analysis in her work. We also have Dr. Laurel Fogarty, a mathematical evolutionary theorist who specializes in the processes of cultural evolution and niche construction. These experts each bring complexity and depth to each perspective, and will help us address the complexities of each domain more accurately.

We also have researchers who have specialized on the interconnection of evolution and sustainability. For example, Peter Søgaard Jørgensen, at the Stockholm University, leads the research theme on global health and biosphere stewardship at the Global Economic Dynamics and the Biosphere programme in the Royal Swedish Academy of Sciences. Peter has studied the implications of eco-evolutionary dynamics and biocide resistance for global sustainability, as is now focused on the interacting evolutionary dynamics of the culture, technology and the biosphere in the Anthropocene. As a compliment at the University of Maine I study the cultural evolutionary processes involved in overcoming environmental collective action problems.

We have social scientists who apply evolutionary analysis in their work in different ways. For example, evolution is a core component of the work of Thomas Currie from the University of Exeter. Tom studies the evolution of human social and institutional complexity and diversity, as well as community-based conservation. Evolutionary theory is central to his work. Meanwhile, Alessandro Tavoni is an economist from University of Bologna who studies environmental cooperation in problems like climate change using evolutionary game theory. As I see it, in Alessandro’s work evolutionary methods are more of a tool than a driving concern. Having participants two use evolutionary theory in a variety of styles will help us carefully consider different ways of applying and integrating it with SES theory.

Thankfully, we also have researchers with significant experience in addressing social and environmental challenges directly and working towards solutions. For example, Monique Borgerhoff-Mulder Distinguished Professor of Anthropology at the University of California, Davis, is a human behavioral ecologist who has active conservation and development projects in Tanzania for many years. And, we’ll be joined by Jamila Haider of Stockholm University who also studies resilience and development with a co-evolutionary lens in her action-oriented SES research. These two will help us keep our eye on the practical implications of our work and look toward ways we can operationalize our theory.

4) What are your hopes and dreams for what this working group can accomplish?

I hope that our group will do three things. First, I hope we make genuine scientific progress. I believe there are fundamental discoveries to be made in how we apply evolutionary theory to social-ecological systems in the service of achieving sustainable, resilient and just societies. For example: How do social-ecological systems evolve? Under what conditions do SESs tend to evolve toward resource sustainability or resilience? We don’t yet know. Evolution is a grand theory of living processes in that it connects and unites all parts of life, and sustainability science (or SES research) is a new science which aims to preserve and protect earth's ecosystems as well as establish a balanced role for humans within them. The synthesis of the two fields therefore seems natural, but will be complex. I hope we can make some foundational progress in this area.

Second, I hope we can demonstrate the applicability of evolutionary methods for sustainability and SES research. There is a deep thirst for theoretical perspectives and tools that make SES and sustainability research more tractable, and useful. Evolutionary approaches are among the leading perspectives in achieving this, but demonstrating that applicability takes time, resources, research funding and leadership. Thus, I hope that our working group might be the starting point to launch more of those research efforts.

Finally, I hope that we can spread awareness of the most effective approaches for applying evolutionary theories to SES change. We are just a small group, but the global sustainability crises--from climate change, overfishing, and habitat loss to pollution, plastic accumulation and species extinctions--requires a global effort. Therefore, I hope we can spread the awareness of useful tools and frameworks which others can adopt, apply, test and improve all around the planet.

5) What do you think the feedback would be from sustainability frameworks to evolutionary theory?

I think that the most important thing that sustainability frameworks can add to evolutionary theory is a normative goal. Like Medicine and Conservation Biology, the sustainability sciences are normative in nature. They have a desideratum, a desired social-ecological state, and they employ science to approach and maintain that state. Evolutionary sciences do include some applied research, but are not often fully developed with a normative end in mind. However, we argue that cultural and natural evolution must be managed, actively managed, in order to avoid undesirable social-ecological system states, and achieve good ones. In the end, this is the whole point.