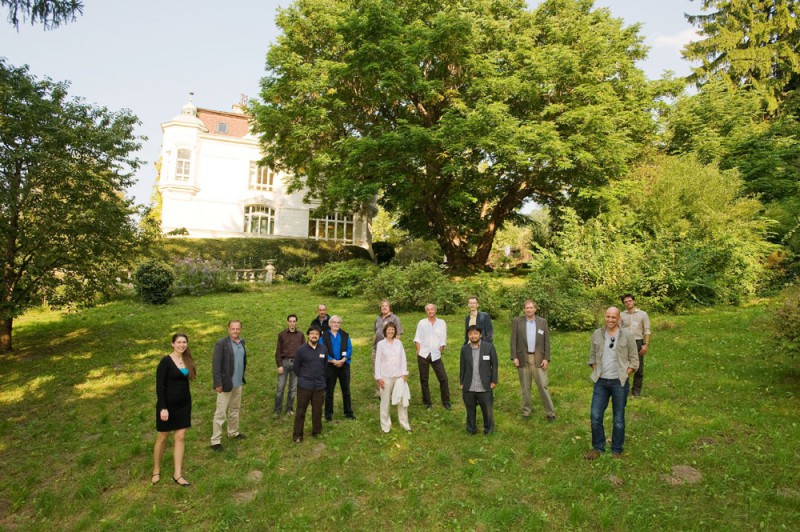 Although the comparative study of morphology has for centuries been a viable intellectual pursuit, inquiry into the emergence of the form or shape of structures under scrutiny still often remains a disconnected endeavor. During the 1970s and especially 1980s the guiding principle was L. Wolpert’s ´pattern formation´ model, in which the focus was on positional information and variation in what W. Bateson referred to as ´repeated parts.´ For developmental biology, the notion of naïve cells being imbued with the potential to generate structure and form from an extrinsic morphogenetic source was challenged by the perspective that the emergence of structure and form was at least as much due to properties intrinsic to cells and between cells in time and space. Later in the 1980s and into the 1990s, the discovery in animals and then plants of homeobox genes and their roles in both generating positional information and affecting the development of repeated parts seemingly opened up new vistas for understanding morphology and its use in systematics and phylogenetic reconstruction. With the identification of the gene Antennapedia in insects and its orthologue, the HOX-gene family, in vertebrates, comparative morphologists and developmental geneticists rushed to generate diagrams of nested sets of clades on which ancestors with hypothesized regulatory gene activity producing different types of appendages could be represented. Continued identification of regulatory genes and gene products seemed to add refinement to scenarios regarding the emergence of morphological novelty, in terms of the structure or form itself as well as in terms of when in phylogeny these structures first appeared. Today, the belief persists that one can understand the emergence of structural and organismal shape from increasingly more detailed comparisons of entire genomes of different individuals of the same species and different but presumably very closely related species. This, we suggest, is a false impression that is reminiscent of the lack and even dismissal by early 20th century population geneticists of developmental understanding, viz., that it was sufficient to infer genetic factors at the beginning of development from the phenotypes of the adult. Yet we are reminded of G. de Beer’s criticism of this notion in Embryology and Evolution (1930). To paraphrase de Beer, while population genetics focuses on only two cell divisions, what is more important is the sequence of events that leads to the final form. We believe that de Beer’s sentiment is in general still valid. Just because one can identify genes or molecular sequences because of advances in technology, this can no longer by embraced as sufficient to understand the emergence of three-dimensional structure. This myopia also overlooks entirely myriad aspects of, and constraints imposed by, the physical world that not only can have affect, but can also profoundly impact development. In this regard, we can turn, to D’Arcy Thompson’s suggestion in On Growth and Form (1917) that not only cell symmetry versus asymmetry but also physical forces such as gravity might play crucial roles in shaping structure. To C. Waddington’s hint in Organisers and Genes (1940) and then to S. Løvtrup’s recognition in Epigenetics: A Treatise on Theoretical Biology (1974) that breaking cell-symmetry coincident with gastrulation can lead to a diversity of three-dimensional adult shapes. To G. Oster and P. Alberch’s 1982 argument in the journal Evolution that differential effects of hydration on cells in conjunction with cell shape can profoundly alter developmental topographies and ultimately structure. To various contributions, including those of the editors G. Müller and S. Newman, in Origination of Organismal Form: Beyond the Gene in Developmental and Evolutionary Biology (2003), in which physical factors such as cell packing, adhesive interactions, and self-organization are centrally situated in theories of development.