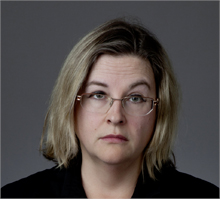 Topic description:
Ian Hacking, an interesting mediating figure between historical epistemology in the wake of Michel Foucault's “archaeology” project (Foucault 1963, 1966), and contemporary Anglo-American philosophy of science, has pointed out that a virus or bacterium that has been “discovered” and identified as a particular entity in, say, the late 19th century, has not been “constructed” or “projected” into existence at this very moment of history, but has been in existence ever since the process of natural selection had produced the virus or bacterium (Hacking 2004). This example can serve as criterion for any kind of realist or naturalist position. Yet this position is not as easily claimed when it comes to complex systemic phenomena such as “mental diseases” or “psychological conditions” that cannot always be identified as stable individuals of a natural kind. My interest in the epistemic and ontological status of mental diseases or psychological conditions is twofold: I want to investigate in which way new findings in the field of neurobiology (“neuroplasticity”) can help to decide about the objectivity of said descriptions. Yet in a rather sociocritical and normative respect I also want to confront this epistemological analysis with the ongoing debate about the social binary categories of the “normal” and the “pathological” via Canguilhem, Foucault, and Hacking. Foucault's less known teacher Georges Canguilhem (1972) had pointed out that the categories of “normal” and ”pathological” of a living system have to be considered within a dynamic system; thus the functionally “normal” is not a static condition but an ongoing process to “re-normalize” disturbances by taking an active (technological) influence on both the environment and the “internal process.” This still valid insight should be confronted with new investigations around the phenomenon of “neuroplasticity” to arrive at a socially and morally relevant concept of situated and dynamic “good enough normalcy” of human neurosystems that could prove to be highly relieving with regard to social and psychological stress.

Biographical note:
Katherina Zakravsky is a philosopher and social epistemologist, performance and concept artist, curator, and writer. Zakravsky studied German philology and philosophy and wrote her dissertation on Kant's theory of the University (on the basis of social systems theory) in 1999 (Prof. Michael Benedikt, Prof. Richard Heinrich, Philosophical Institute of the University of Vienna). She has been a lecturer at the Philosophical Institute in the philosophy of history (Walter Benjamin), biopolitics, anthropology, and the ethics of technology. She is a guest professor for philosophy of media and technology at the Philosophical Institute, Vienna as well as a lecturer at the Art and Media Universities in Linz and Vienna. In addition, she is an autodidactic specialist on film studies and science fiction as well as practitioner of dance and performance (performance, concept, dramaturgy, curating). Since 2010 she has been developing a research project on new concepts and problems of personhood and ethics in the framework of biotechnology, neurology, and the knowledge society, focusing on questions of politics of population and health (biopolitics), biography, agency, legislation, and personal ethics (self-technology, following Foucault).