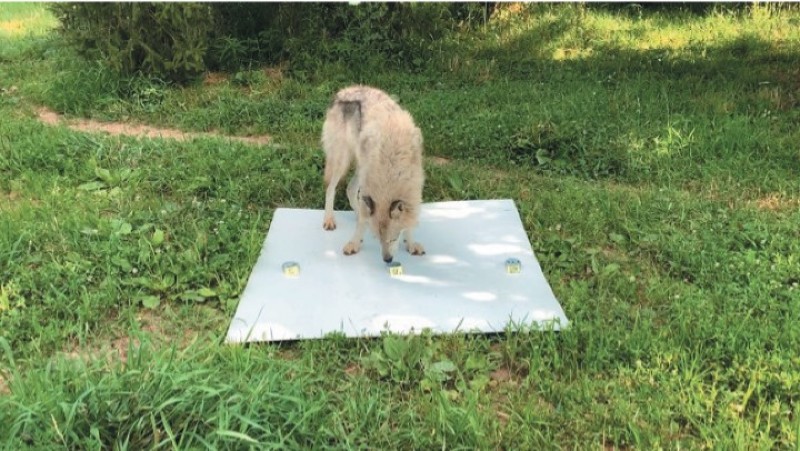 Wolves showed signs of the ability to recognize themselves through the “olfactory mirror.”  Scent-rolling may represent the olfactory equivalent to touch a mark in the original mirror test.

Although there are recent claims of a lack of evidence of self-consciousness in many tested species, the ability to recognize oneself in a mirror, which seems an exceedingly rare capacity in the animal kingdom, may not be the only way to check for animal self-awareness (i.e. the capacity to become the object of your own attention).

A new testing approach, based on a different sensory modality (such as the sniff-test for self-recognition, STSR), recently proved to be effective with dogs.

In this preliminary study, wolves showed some signs of the ability to recognize themselves through the “olfactory mirror” and exhibited some clues of mark-directed responses, particularly scent-rolling, which may shed more light on this still unclear behavior and represent a sort of olfactory equivalent to passing the original mirror test.