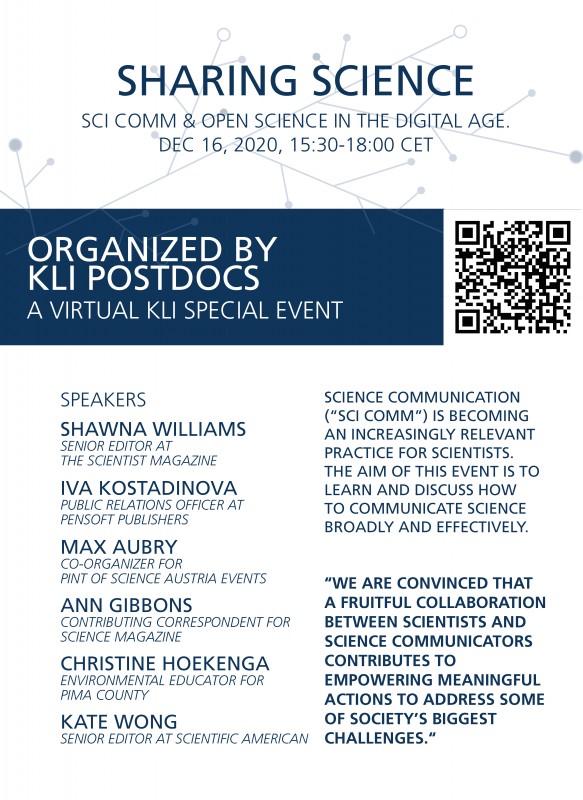 Science communication (“Sci Comm”) is becoming an increasingly relevant practice. Not only does it improve the exchange of information between scientists and the general public, stakeholders, policy makers, and other academics, it also increases the visibility of research programmes. While some decades ago it was mostly carried out by a small number of scientists and science-journalists, Sci Comm is now a growing academic field involving experts coming from different backgrounds.

As a group of early career researchers, we would like to get in contact with expert and career science communicators, with the aim of learning from each other about how to communicate science broadly and effectively. This pertains to choosing an appropriate medium and outlets for science communication and accessing the professional domains of science journalism for knowledge about strategies in promoting one’s research. This assumes that the priority is to establish a dialogue that allows academics and journalists to efficiently work together and to both be satisfied by the outcome. We are convinced that a fruitful collaboration between scientists and science communicators would contribute to empowering meaningful actions to address some of the society’s biggest challenges.

In early 2020, the KLI Fellows self-organized a series of dialogues around Science Communication and Open Science (open-access publishing and data sharing). The practical knowledge of how one can and should communicate their academic work, and the perspectives about whether such work can be published without monetary barriers, is a central issue in the career life of those in the academy. Therefore, as early-career postdocs, facing the daunting task of speaking to the academic or scientific public at large, we want to bring together science communication experts who can share their knowledge and experience about what it takes to be effective communicators of science through short presentations and discussion. We aim to carry out these dialogues over multiple sessions in the coming months between December 2020 and the Spring of 2021.

The first session will be focused on Sci Comm. Since Sci Comm is a wide bracket that can encompass many types of activities created by and directed at diverse communities (e.g. scientists to scientists; scientists to public; scientists to journalists; etc.), our intent for this dialogue is to hear directly from Sci Comm professionals that specialize in producing and editing scientific content for a broad audience.

The Sci Comm session will take place on the 16th December as a closed-door event via Zoom. We have lined up a panel of six invited speakers who are active communicators of science: 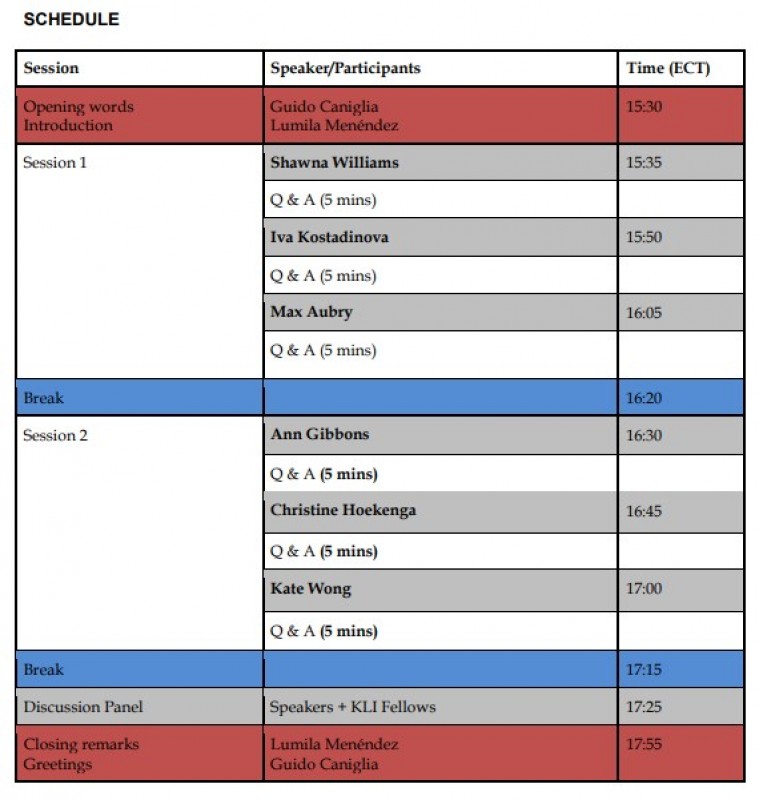