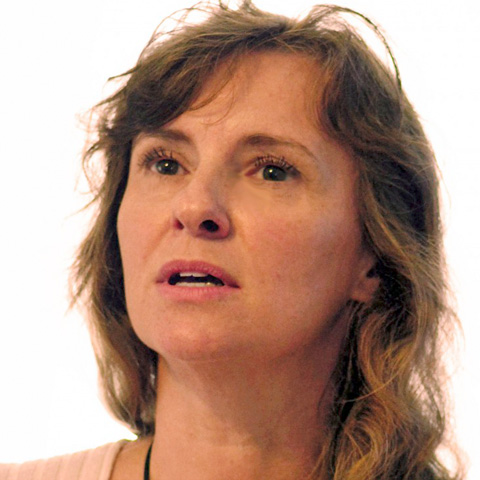 For pre-registered participants only!
Register in advance for this meeting:

Please click on the URL and register in advance.
You will receive a confirmation within 24 hours.

EE comprises of two research programs, namely the evolution of epistemological mechanisms (EEM) and the evolutionary epistemology of theories (EET). EEM, applies the biological theory of evolution to knowledge emergence and knowledge transmission in organisms. Knowledge, as understood here, includes anatomic, cognitive, behavioral, and sociocultural aspects in any organism and across evolutionary time scale. EET, on the other hand, is a metatheory that deals with the evolution of scientific ideas and theories exploiting models and metaphors drawn from evolutionary biology.

EEM, has experienced a continuous rise over the last decades becoming increasingly aligned with new theoretical considerations and empirical findings. In this talk, I will discuss how EEM that seeks to provide a phylogenetic account of the generation of cognitive processes in organisms can be further advanced. In particular, lines of research that still await integration into the existing EEM framework are (1) core concepts of the Extended Evolutionary Synthesis as well as (2) key ideas from Cognitive Biology.

(1) Traditionally, EEM has been oriented towards an account of evolutionary theory that mainly drew from the tenets of the Modern Synthesis. Yet, this seems an impoverished view of biocognition. Full-blown organismal cognition does not sit well with nativist assumptions as organisms clearly employ their cognitive apparatus to interact with the environment in order to achieve a fully functioning perceptual and cognitive nervous system. Such ontogenetic, (neuro)plastic, and reciprocal phenotype-environment processes provide generative potentials that enable variations which natural selection can act upon. Thus, EEM’s agenda would strongly benefit from bringing together approaches from ontogeny, non-genetic inheritance, and phylogeny to generate a suitable framework for EEM to draw from.

(2) The second line of research that is well worth considering is Cognitive Biology. Cognitive Biology understands knowledge as a biogenic phenomenon and focuses on cognitive functionality at all levels of biological organization. It, thus, employs a “vertical” approach that encompasses nested hierarchies which span from single molecules, cells, and tissues to the organismal level, communities, and societies. This is of importance for a more comprehensive account of cognition since living systems are subject to context-dependent influences from different organizational levels. Key ideas of Cognitive Biology could complement EEM which adopts a more “horizontal” approach that focuses on phylogenetic explanations of cognition and knowledge acquisition. Combining EEM with ideas of Cognitive Biology hands EEM’s research program a tool to follow phylogenetic and ontogenetic trajectories within a hierarchical, multilevel perspective.

Finally, I will very briefly touch on how the use of core concepts of the Extended Evolutionary Synthesis and Cognitive Biology can help to bridge the gap between EEM and EET. EET understands the increase in human knowledge, such as scientific theories, as naturalistic accounts of evolution. However, EET has been strongly criticized because of multiple disanalogies between EET and the Neo-Darwinian key processes of evolution (in particular: random mutation, the rate of variation, natural selection as the unique driving force, and the adaptationist agenda). Using key concepts of the Extended Evolutionary Synthesis (e.g., developmental processes, plasticity, systems dynamics, and social and cultural evolutionary reciprocity as important evolutionary processes) can help to re-conceptualize parallels between scientific theorizing and biological evolution.

Isabella Sarto-Jackson holds a Master’s degree in genetics and a PhD in neurobiochemistry. She worked as a wet lab scientist at the University of Vienna, the General Hospital of Vienna, and Sandoz. She was an assistant professor at the Medical University of Vienna and a guest scientist at the Leibniz Institute for Neurobiology in Magdeburg before completing her venia docendi in neurobiology. In 2011, she became the Executive Manager of the KLI. Since then, she has dedicated her scientific work to theoretical research. She is also a lecturer in cognitive science at the University of Vienna and in cognitive biology at the Comenius University, Bratislava.

For pre-registered participants only!
Register in advance for this meeting:

Please click on the URL and register in advance.
You will receive a confirmation within 24 hours.