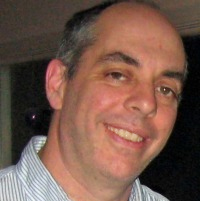 KLI Brown Bag
What is a Mechanistic Theory of Causation?
Stuart GLENNAN
KLI
Organized by KLI

Topic description:
While there is no doubt among contemporary philosophers of science that mechanisms are causal, there is considerable dispute about the conceptual, epistemological, and ontological relations between mechanisms and causation. Some philosophers have argued that the new mechanicism in the philosophy of science can provide a foundation a theory of causation, while others have argued that the analysis of mechanism must depend upon an ancillary account of causation. In this talk I shall argue for the former view, suggesting that it is both more metaphysically plausible, and that it better illuminates the epistemological and explanatory practices of the complex sciences.

Biographical note:
Stuart Glennan received his BA in philosophy and mathematics from Yale University in 1985. After a few years doing public policy work for the United States government, he enrolled in the philosophy program at the University of Chicago, receiving a master’s degree in 1989 and a PhD in 1992. Since that time, he has held an appointment at Butler University in Indianapolis, Indiana, where he currently is professor of philosophy and associate dean of the College of Liberal Arts and Sciences.