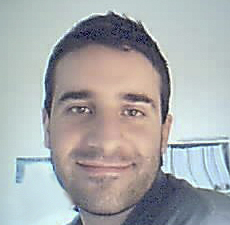 Topic description:
The investigation of the nature of human rationality has incorporated evolutionary considerations from an early stage on, when H.A. Simon argued that minds are adapted to real-world environments. The adequacy of the psychology of the subject to environmental demands represents a fundamental argument of bounded rationality theory. This idea of rationality is deeply rooted in the Cognitivist paradigm, which views cognition in terms of the symbolic manipulation of representations of reality; in this view reasoning is equated with information processing. Since the 1990s, cognitive science has been undergoing a systematic revision that explicitly challenges the paradigmatic nature of the cognitivist assumptions. This new perspective, known as embodied cognition (which includes slightly different approaches such as embedded cognition, enacted cognition, situated cognition, and the like), is characterized by the hypothesis of a constitutive dependency of cognition on the morphological traits of the human body. A flourishing amount of theoretical and empirical findings shows that the human body is more than an interface between cognition and reality; it specifies the boundaries of what can be imagined and thought, and the conditions of the reasoning processes. Because its focus on the active role of the human body in cognition, the idea of embodied cognition is casting new light on the domain of evolution and cognition research. How the perspective of embodied cognition can disclose new ways of conceptualizing human rationality — the topic of the talk — is a fundamental question to be addressed. On this line of arguments, the hypothesis of embodied rationality is explored.

Biographical note:
Antonio Mastrogiorgio, PhD at University of Bologna, is an economist with expertise in computational methods for the analysis of complex systems. His interests are in human rationality and embodied cognition, in particular developing the hypothesis of Embodied Rationality. He is the author of several articles and one book on the topic.