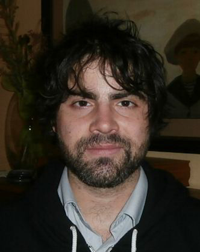 Topic description:
For more than forty years, debates surrounding the scientific credibility of dual-inheritance theory (DIT) have invariably circled around the soundness of the analogy between cultural inheritance and genetic inheritance. These debates have suffered from the absence of a clear analysis as to what the structure of such an analogy is supposed to consist in, where some even doubted it had a structure at all. This blind spot about the plausibility of extending Darwinism to cope with cultural evolution has led to much important theoretical and empirical confusion, most notably by repeatedly mistaking DIT for a variant form of memetics. Nevertheless, some proponents of DIT have suggested that social sciences should be unified and organized through a Darwinian framework of cultural evolution mirroring the interdisciplinary structure of the Modern Synthesis. Obviously lacking from this disciplinary scheme is a cultural analog of a science of biological development. Just what cultural development should consist in is not clear and differing understandings of such processes have been suggested. Through an analysis of the logical and explanatory structure of the cultural inheritance analogy deployed by DIT proponents, I will argue that it is in fact a complex analogy composed of two component analogies: a transmission analogy and a developmental analogy. While the latter has been historically overshadowed by the former, I will argue that if DIT is to serve as a Darwinian theory of cultural evolution, it should incorporate a developmental theory of cultural objects that takes the developmental analogy seriously. This opens the door for a clearer notion of cultural development and shows that the study of the processes by which cultural analogs of biological organisms develop is a key part of what a Darwinian science of cultural evolution should explain if it is to thrive as a progressive research program.

Biographical note:
Mathieu Charbonneau is currently a doctoral candidate in philosophy at the Université de Montréal. His dissertation is on the epistemology of complex analogies as theoretical foundations for scientific theories and the heuristics of interdisciplinary transfer of explanatory methodologies and tools, taking as a special case study the analogy between genetic and cultural inheritance.