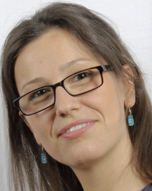 Topic description:
In this talk I will compare adult language users’ linguistic abilities with those of non-verbal subjects such as infants and non-human animals. My aim is to clarify the developmental and evolutionary aspects of the emergence of verbal language. Within this framework, I adopt the operational definition of language as the ability to connect elements according to structural rules. I will show that, although this ability is present in non-human species, only humans show the ability to establish a semantic link between the linguistic pattern of a sentence and its external referential value. Importantly, a crucial role in establishing the connections between words and references is played by the modulation of the prosodic characteristics of spoken language. I will explain why prosody is a crucial aspect of the emergence of language on both ontogenetic and phylogenetic levels. The comparative investigation of the ability to process connections and prosodic elements will significantly help us understand what makes a propositional expression out of a pattern of perceptual stimuli. As a consequence, this approach will refine the meaning of “linguistic” when applied to the definition of man as “zoon logikon.”

Biographical note:
Piera Filippi studied philosophy and obtained her PhD from the University of Palermo (Italy) in April 2012. The main focus of her doctoral project was on the concept of syntax and on the role of prosody and sociality in the emergence of propositional language. Dr. Filippi is currently a postdoctoral fellow at the Department of Cognitive Biology, University of Vienna, where she conducts experimental research on the role of prosodic enhancement in the acquisition of spoken language. Dr. Filippi has broad research interests in the philosophy of mind and cognitive ethology. She integrates her theoretical background in philosophy with empirical studies in the field of cognitive biology, experimental psychology, and linguistics.