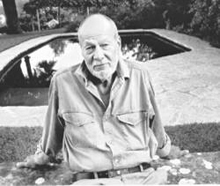 Prof. H. Wohl
Distinguished Lecture
Hellmut WOHL – Knowing and Seeing – Lecture Series
Aula, Hof 1, Universitätscampus, University of Vienna, Austria
Organized by Hellmut Wohl (Boston University)
Lecture 1 LOOKING AT PICTURES "The current scientific understanding of vision and the ways in which it is relevant to how we look at pictures" Tuesday 28 October According to the interdisciplinary field of vision science, a branch of cognitive science, vision is a kind of computation that occurs in the brain through complex neural information processing. Neurobiology has shown that the process of vision is subdivided into different parts such as line, color, brightness, and motion. • The world we see is a construction of the brain • The dual system of foveate and peripheral vision. • The neural response to abstract and representational pictures • The function of mirror neurons in the apprehension of works of art. Lecture 2 REFLECTIONS ON A TOOTHACHE "The body image, the felt sensations of our inner body, and its visualization in art" Wednesday 29 October By "body image" neurologists understand the total consciousness we have of our body, including all inner and outer influences by which that awareness is shaped. The body image is the picture of our own body that we form in our minds, the way in which the body appears and feels to ourselves. The body image as visualized in the work of • Francis Bacon • the Cubist pictures of 1910 to 1912 • the Surrealist paintings of 1925 to 1933 by Picasso • the early work of Marcel Duchamp • the pictures of the English painter Victor Willing. Lecture 3 PERCHANCE TO DREAM "The neuroscientific understanding of dreams and the light it sheds on pictures of actual as well as imagined dreams" Thursday 30 October Neuroscience has replaced Freud's psychoanalytic, interpretative approach to dreams with an analysis of the formal structure of dreams, regardless of their content. According to the neuroscientific model, dreams are the automatically generated product of brain activation in sleep, akin to delusions and hallucinations, which the brain accepts as real in spite of bizarreness, discontinuity, and incongruity. • Dream theories before and after Freud • Dream pictures by, among others, Dürer, Goya, Fuseli, Grandville, Redon, Klimt, De Chirico, Dali, and Magritte. Biographical Note Hellmut Wohl is Professor Emeritus at Boston University and Consultant to the Gulbenkian Foundation in Portugal. He studied at Harvard College (BA, 1948) and at New York University's Institute of Fine Arts (MA, 1952; PhD, 1958). Before joining Boston University as Associate Professor (1966-80) and then Professor of Art (1980-98), he taught at Yale University (1955-63), The Cooper Union School of Art and Architecture, New York (1963-66), and The New School for Social Research, New York (1964-65). Prof. Wohl's many publications include books on Leonardo da Vinci, Michelangelo, Domenico Veneziano, 20th-century Portuguese art, and, most relevant to the topic of his Vienna lectures, "From Angels to Neurons: Art and the New Science of Dreaming" (with J. Allan Hobson; Fidenza: Mattioli, 2005) .