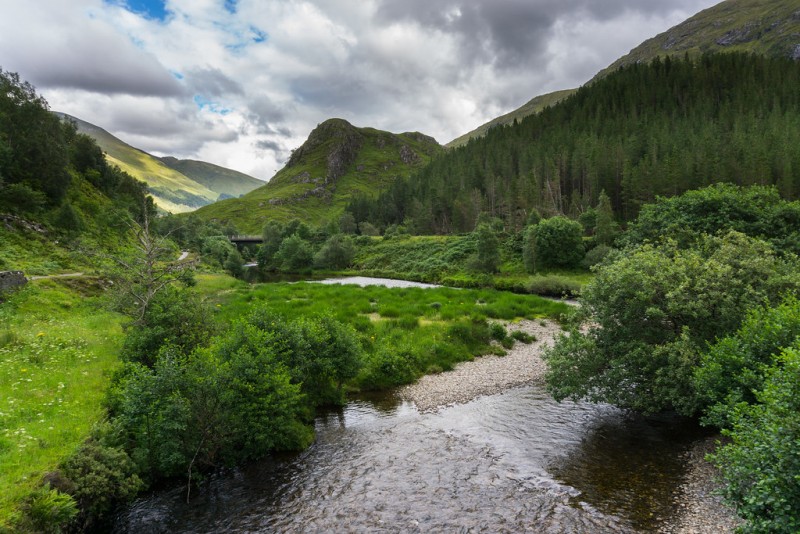 Dominant framings of environmental governance limit our aspirations to sustainability. Alternative human-environment relations are possible, as demonstrated by countless examples from other societies, but in order for such worlds to flourish we must confront historical and ongoing forms of coloniality.

With large-scale environmental challenges— from coral bleaching and toxic pollution to mass extinctions and global climate change— seemingly intractable in the face of current mitigation efforts, it is worth reevaluating the assumptions and practices guiding such approaches. Broadly captured under the label “environmental governance,” the kinds of interventions that emerged near the end of the 20th century emphasize institutions, decentralized decision-making, and economic incentives in the environmental domain. Yet, over the years, they have faced a number of sustained critiques. These range from the overreliance on techno-managerial solutions, to the neoliberal economic focus that tends to reduce the natural world to abstract commodities, to the implicit privileging of Western knowledge and models of governance responsible for creating these global challenges.

A new paper co-authored by KLI fellow Jacob Weger and his former colleagues at University of Georgia investigated the ontological assumptions underlying modern environmental governance. In recent years a body of scholarship emerging at the intersection of philosophy, science studies, anthropology, and geography has sought to shed light on the fundamental assumptions underlying different worldviews and practices, and their world-making implications. The focus is on questions of ontology: what exists in the world; how different cultural realities come into being; and what happens when these different worlds encounter one another.

At the KLI, we sat down with Jacob Weger to discuss the ontological approach they took and why it is important in theory and in practice.

Lynn Chiu: Your paper covered a rich and vast amount of literature! At the end of the paper, you noted that this project is the outcome of an intense collaboration between colleagues at Georgia, USA. Tell me more about the backstory.

Jacob: The project came together when my colleagues and I from the Department of Anthropology, Warnell School of Forestry, and the Integrative Conservation (ICON) program at the University of Georgia decided to explore our shared research interests converging in environmental governance debates. During a graduate seminar in fall 2018 led by Dr. Laura German, we settled on pursuing an ontological perspective inspired by recent work in the social sciences and humanities to critically investigate the dominant forms of environmental governance today, while exploring potentially constructive alternatives based on ethnographic insights from around the world. The sections of the paper were divided into the typically separate governance domains of land, water, and biodiversity based on our respective areas of expertise and interest. I focused on the water governance aspects, as well as contributing to the theoretical framing, discussion, etc. But really, it was a deeply collaborative, interdisciplinary process from start to finish. We all contributed to the conceptualization, research, synthesis, and writing. The richness of our end result attests to this joint effort!

How did you uncover the ontological assumptions of environmental governance programs?

Through an analysis of scholarly literature and program documents, we set out to clarify which entities and relationships in the natural world dominant governance framings make visible, the policy instruments and practices through which these are actualized, and the conditions they sustain – what we call the environmental governance “visibilities.”

Then, based on a wide-ranging survey of ethnographic literature from around the world, we sought to elucidate how diverse cultural groups have conceived of these same environmental domains, entities, and relationships differently, as well as the associated practices of environmental management or care such understandings support – what we call environmental governance “invisibilities.”

And what did you find?

We found shared ontological underpinnings in each of the three governance domains, corroborating the view that dominant environmental governance approaches are grounded in a “modernist” ontology resting on a fundamental dichotomy between humans and nature. This gives rise to a mode of operating that prioritizes human use and economic value, and abstracts entities from their wider surroundings and relationships.

By contrast, the “non-modernist” ontologies we present suggest more relational understandings and engagements with the world, in which humans and nature are enmeshed in intricate webs of connectivity, implying not only rights of access and use but also responsibilities of care. This prompted the realization (along with some encouraging from two anonymous reviewers) that continuing to organize the “invisibilities” along the same tripartite division of land, water, and biodiversity would be untenable if the goal was to highlight the interconnectedness of nature (including humans) that such traditions embrace.

What were some of these “other” works that you've analyzed?

Many of these lessons were drawn from work on Indigenous ontologies and the work of Indigenous scholars themselves, who have long pointed to not only the incommensurability between relational ontologies and the modernist ontology of severance, but reminded us that historical and ongoing forms of colonial oppression have rendered the latter hegemonic at the expense of the former. In order to fully consider the implications of their analysis, we had to grapple with these complex power relations, including our own position as non-Indigenous scholars operating out of Western academic institutions, a process that was both humbling and discomforting at times.

What are some of the implications of your work?

Embracing ontological pluralism in practice demands a deep reckoning with the structures of power that have and continue to marginalize alternative ways of knowing and relating to the world. We look to the One Health program, the Rights of Nature movement, and the Quechua philosophy of Sumaq Kawsay or Buen Vivir as examples where attempts have been made to bring relational ontologies into the framework of modern governance yet find them all wanting. As Indigenous scholars have argued, many Indigenous and other non-modernist ontologies can be considered legal orders in their own right and they risk being co-opted or watered-down if translated through modernist institutions and languages rather than enabled to flourish of their own accord. In this paper, we asked what taking seriously the right to self-determination enshrined in the United Nations Declaration on the Rights of Indigenous Peoples (UNDRIP) would mean for acknowledging Indigenous ontologies as systems of governance, including by carving out spaces of sovereignty within the borders of modern nation-states.

So it's safe to conclude, then, that your work is not only descriptive—describing the ontological assumptions underlying modes of environmental governance—but also prescriptive. It’s not just about how we look at the world, but what this means for the way we treat each other.

Indeed, this work brings us into the realm of ontological politics – about not just whose knowledge counts, but whose reality is allowed to be real – and efforts are needed to reinvigorate Indigenous ontological-legal orders, with potentially unsettling consequences for the power and privilege many others currently possess. We need to realize that embracing ontological pluralism is a complicated endeavor, which requires confronting the coloniality woven into the environmental governance project and modern world system more broadly – with the recognition that “decolonization is not a metaphor.” There are no easy answers, but we think that striving to do so holds potential to advance both cognitive and material justice and create a more livable world.

This is an excellent ending. Thank you, Jacob, for accepting this interview! Read his work here.