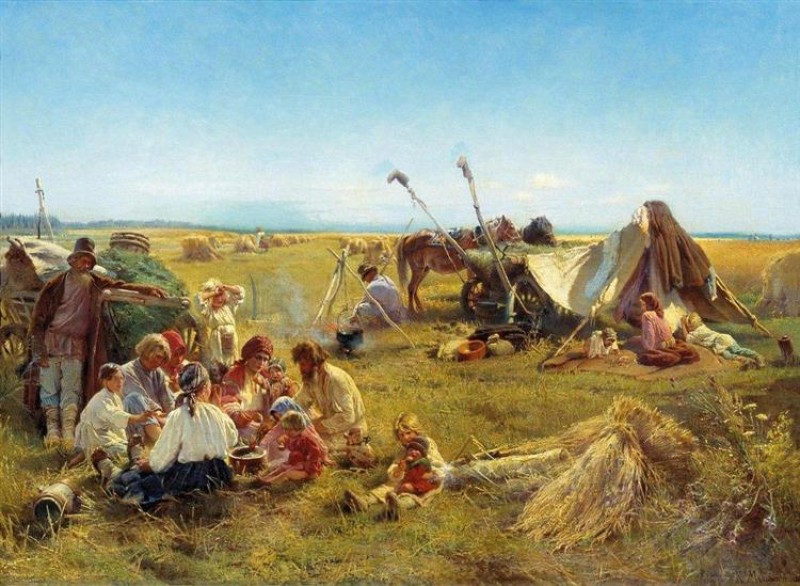 The work of Narodnik revolutionary Nikolay Chernyshevsky is representative of the ecological utopian tradition within the history of ecological economic thought, serving as inspiration to current debates on sustainability and the contemporary role of the peasant economy.

Nikolay Chernyshevsky's (1828–1889) ecological utopianism is depicted as the combination of knowledge stemming from the natural sciences and egalitarian ideals. Technical progress, social reform, and human development would be the requirements to achieve such an ecological utopia. To that end, land should be redeemed in favor of rural communes, so that humans can more harmoniously relate to themselves and to nature.

Chernyshevsky’s call for the redemption of land and his rebuttal to Malthusianism fit well into his characterization as an ecological utopian thinker. Reliance on the prowess of the natural sciences and the resulting technical progress; egalitarian social reform which communalizes land; and human development seen as the enjoyment of life, exercise of reason, freedom to pursue happiness, and satisfaction of basic needs – these are the elements which Chernyshevsky recurrently promotes in his essays and in his novel. While disproving Malthus’s theories, he pointed to an alternative future of controlled population growth, technological gains, harmony with nature, shared wealth, and cooperative individuals who evolve materially and mentally precisely because of their social cohesion.

Although the redemption of land was the main issue tackled by Chernyshevsky, his ecological utopianism is applicable on a wider scale. It illustrates how Narodnism is an important – and underexplored – chapter in the history of ecological economic thought and serves as inspiration to current debates on the role of the peasant economy in the 21st century. According to the Narodnik intelligentsia, rural communes are a social organization through which humans can relate more harmoniously to themselves and to nature, in opposition to the social and environmental havoc caused by large-scale industrial agriculture. Hence, a renewed Narodnik ideology might serve as a promising path to devise an alternative, socially and environmentally sustainable socioeconomic system. The utopian character of this approach reveals the size of the challenge; conversely, its attainability is based on the fact that this utopia is at once scientific and supported by the evinced potential of human cooperation.